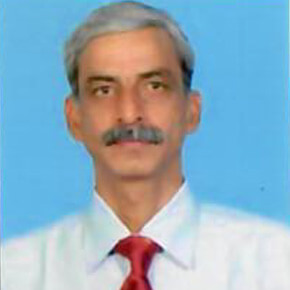 Cdr Vijay Kumar (Retd.) is a B.Tech (Electrical) and an alumni of Naval College of Engineering. He has also done his Diploma in Defence Studies from Indonesian Command & Staff College, Jakarta, Indonesia. While in the Navy, he was predominantly a Weapons Specialist with specialization in Surface to Air and Surface to Surface Missiles as also in Electronic Warfare. He has also been trained on Gunnery, Communication, Satellite Communication, Electronic Warfare and Anti-Submarine Warfare Systems for heading the electrical department on board a frontline guided missile destroyer. He also has working knowledge in Bahasa Indonesia, having undergone a basic course at School of Foreign Languages, New Delhi followed by advanced course at Department of Defence, Jakarta.

In over 24 years of distinguished service in the Indian Navy, Vijay has held sea appointments on three frontline guided missile destroyers in various capacities. Ashore, he has served as Weapons Overseer, Weapons Trials Officer, Weapons deputy manager at Naval Dockyard, Joint Director at Naval Headquarters and Staff Officer at Command Headquarters. He has had extensive interactions with Navies and Design & Shipbuilding departments of leading nations in the field of shipbuilding and repairs.

After taking premature retirement from the Indian Navy, he was heading the Electrical & Weapons section in the Design Department of Reliance Naval & Engineering (erstwhile Pipavav Shipyard). During this period he has had the opportunity to interact with design and project teams as well as equipment manufacturers from across the world and from multiple domestic companies/industries in the field of marine business.

He has been General Manager (Operations & Solutions) at Marine Electricals India Limited, where he was responsible for running of the defence business vertical wrt financial & resource planning as well as, procurement, system integration, commissioning and on time delivery of equipment - few of them being mission critical. In his Solutions role he has handled the complete spectrum of activities from RFP stage right up to contract management.