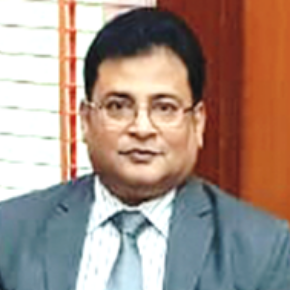 Vivek Deep is an Executive Director of Reserve Bank of India. Initially, he joined Reserve Bank of India as a Manager at RBI Kanpur in 1990. Thereafter, he worked at Patna, Central Office Mumbai, and Bengaluru in different capacities. He has also headed Kanpur office as Regional Director for the State of Utter Pradesh during February 2016- May 2019 and was Chief General Manager-In-Charge of RBI, HRMD, Central Office during July 2019 – August 2020. He has rich experience in areas dealing with Human Resources Management and Development, Banking Regulation and Financial Inclusion & Development, among others.

During his long journey with Reserve Bank of India, he has experience of working in different organisations on deputation including the Reserve Bank of Australia. Earlier, he was appointed by RBI as an Additional Director on the Board of Lakshmi Vilas Bank and was also nominated as a Director on the Central Board of Allahabad Bank. Along with this, he was a Member of Governing Council and Executive Committee of Indian Institute of Banking and Finance (IIBF) and was also nominated by RBI as a Member on the Governing Board of Institute of Banking Personnel Selection (IBPS). Presently, he is Chairman of Indian Financial Technology & Allied Services (IFTAS) as well as Director on Board of Reserve Bank Information Technology Limited (ReBIT) and on Board of Reserve Bank Innovation Hub (RBIH)

Vivek Deep holds a Bachelor’s degree in Economics with Honours from Patna University and has a Post Graduate Diploma in Financial Management. He holds a Diploma in International Banking and Finance and is an Associate Member of the Indian Institute of Banking and Finance. Besides, he has attended numerous advance level Management and Functional Programmes in India and Abroad.